A dramatic society performing plays and pantomimes both in the community at a variety of local venues (with our newly launched TOPs Fringe!) and at the Barn Theatre, Oxted.

A group anger management session takes a turn for the worse when the facilitator suggest the participants re-enact the things that got them sent there in the first place.

All By Myself by Robert Scott

Seven years alone on an island after his shipwreck have driven Larry to the edge of sanity, but nothing compared to the shock of discovering he is not – and never has been – alone. 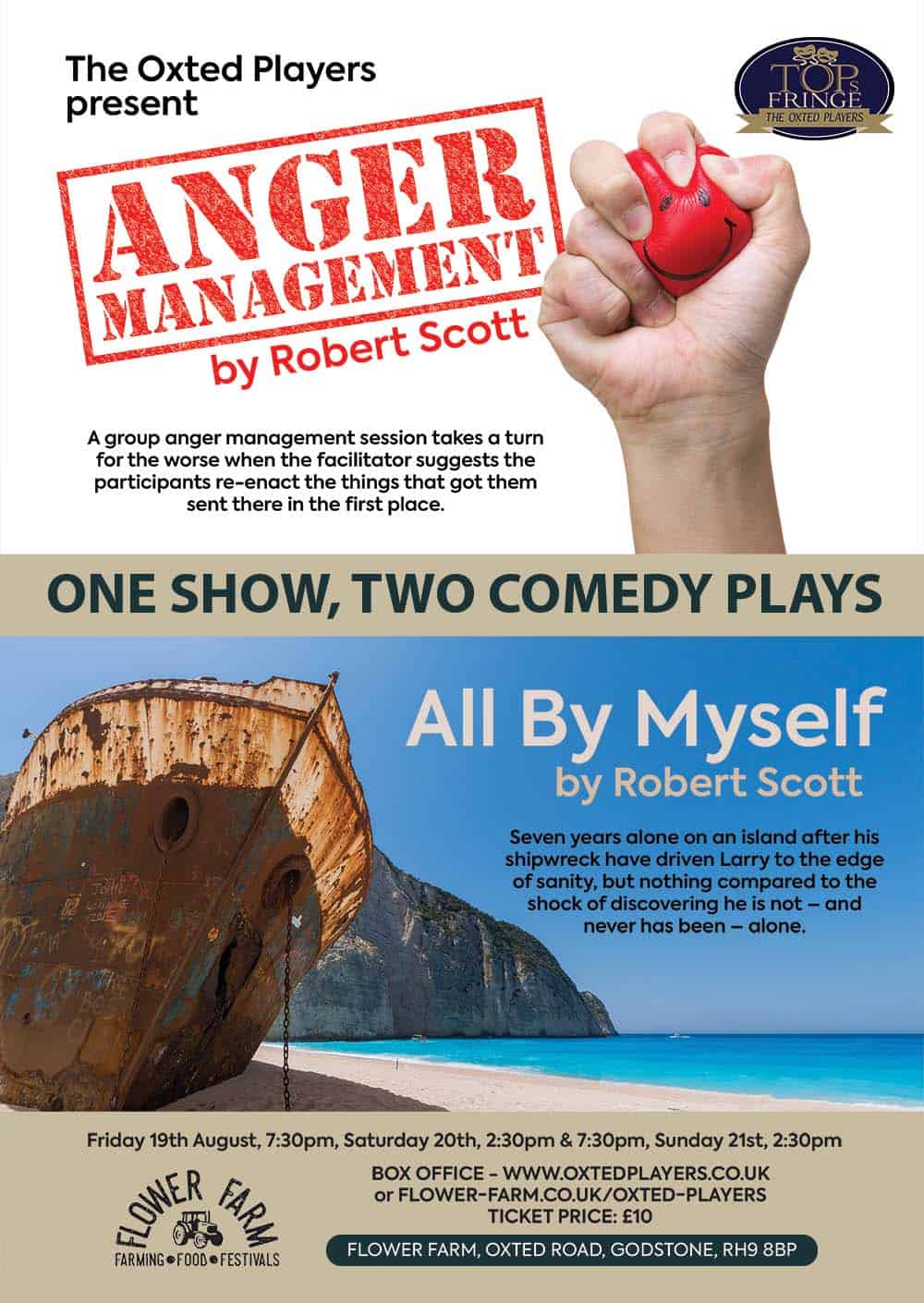 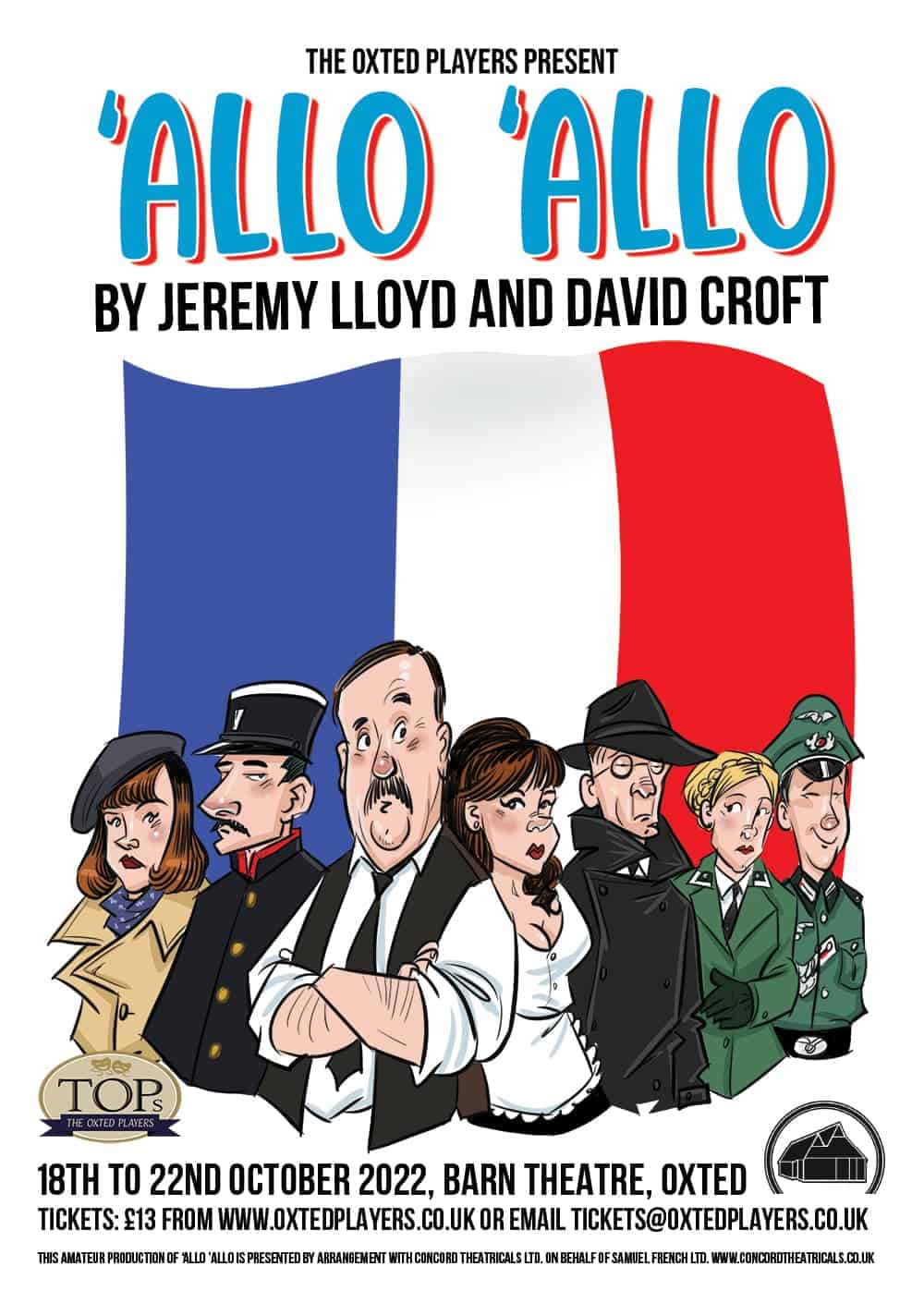 By Jeremy LLoyd and David Croft

Based on the hugely successful British television series, and written specifically for the stage, this uproarious comedy relates the adventures of a hapless cafe owner, Rene, in occupied France. You can see all of your favorite TV characters in the flesh, including Rene’s tone-deaf wife Edith, Michelle of the Resistance and the Gestapo officer Herr Flick!

He and his wife have stashed a priceless portrait stolen by the Nazis in a  sausage in the cellar, where two British airmen are also hiding until the Resistance can repatriate them. Communications with London using the wireless that is disguised as a cockatoo add to the many embarrassments this intrepid proprietor endures in the company of his patrons. News that the Führer is scheduled to visit the town inspires tricksters disguised as Hitler to frequent the cafe. Meanwhile, Rene summons all the wit he can muster to save his cafe and his life.

With three main productions a year, workshops and numerous opportunities for kids we are a very busy Society.

If you are interested in becoming a member, please visit our Join Oxted Players page.

For tickets for our productions & pantos, please visit our ticket page